By Jordan Kempf 10 years ago 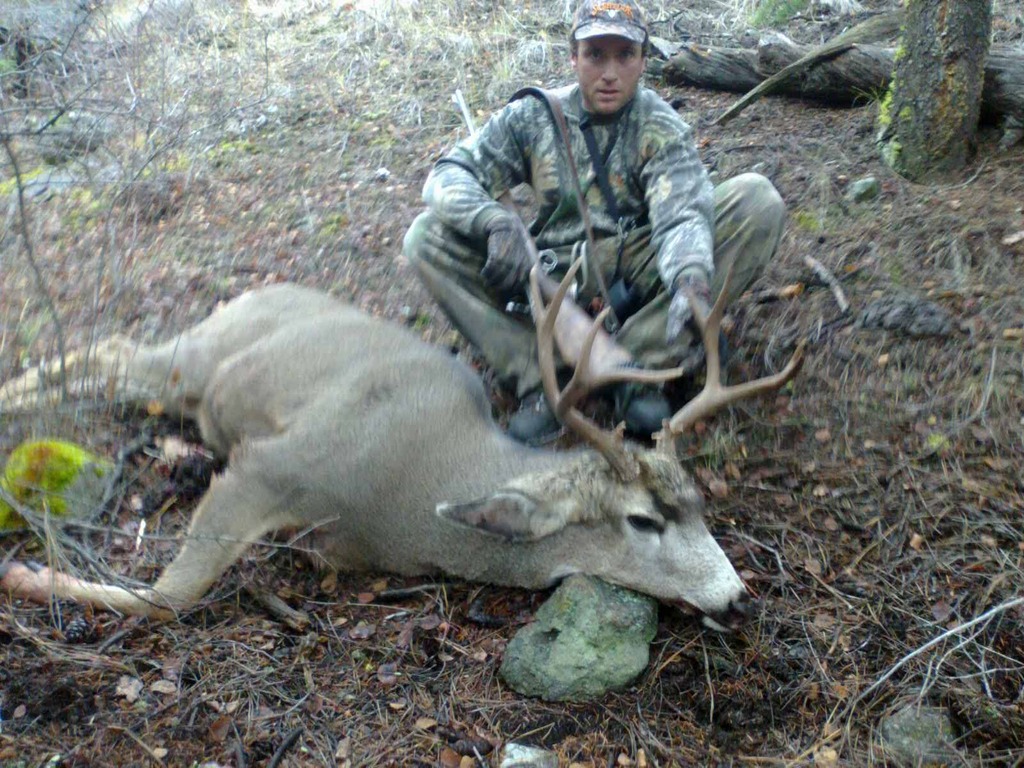 A lot of hiking and glassing in steep terrain, seen the group of bucks taking turns sniffing out a doe, stayed downwind and across the canyon from them then hiked way above and across over top and then circled down above the bedding area, jumped a doe and yearling but crept along above them climbed up some more, crossed back over a draw then down a ridge and snuck to above the draw, the buck bedded on other side jumped up and took off, so silently sprinted up the mountain then crept across through the draw and onto the next ridge, buck was across another draw on the next ridge looking down where he had came from, by the time he looked up at me it was too late-he was in the crosshairs, squeezed off the shot, he tried to go up the ridge, took two steps then fell and rolled 150 yards down the slope into the bottom of the draw. Was a mile and a half drag down to the truck, i was gonna quarter him and pack him out, but buddy insisted we drag him, so we did, loaded him up and took him home and hung him and skinned him, no dirt, grass, rocks or pine needles on the meat 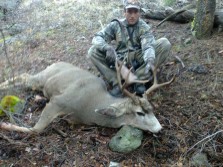