By Matt Hoffpauir 11 years ago 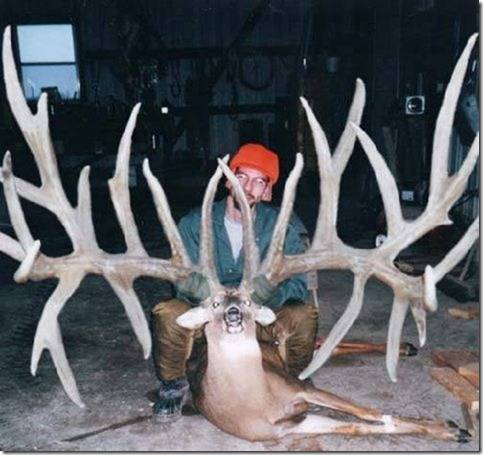 My faith in internet stories has been restored. Finally, some honesty in big buck hunting stories.

Above is a picture of the new world record whitetail buck. It was taken by the cousin of a co-worker's sister's uncle's best friend's son-in-law's niece's hairdresser's neighbor's ex-boyfriend's oldest nephew. Reportedly it will score 2603-1/8 by B&C standard and was shot in West Texas on a really windy day, 85 degrees downhill, around a curve at 900 yards with a .22 cal. rifle.

Supposedly, this deer had killed a Brahma bull, two Land Rovers, and six Jehovah's Witnesses in the last two weeks alone. They said it was winning a fight with Bigfoot when it was shot. It has also been confirmed that the buck had been seen drinking discharge water from a nuclear power plant.

All this has been checked and confirmed by my friends at Snopes.

And here i was the whole time thinking this was photoshopped, now i hear the real story and i believe its a real deer! Good story ha

If you read it on the Internet, it must be true. 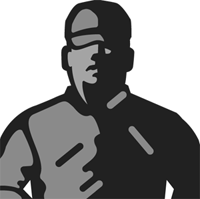 I have some trail cam pics of that buck...but I can't show them to you the rack didn't fit in the frame!

this is a good drop right here, classic.

Always remember.. Anything on the internet is true and I'm so shocked that noone has posted this earlier. only we hunters really know the truth on the monster buck matter

where do u find the story 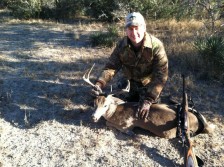 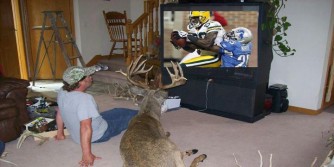 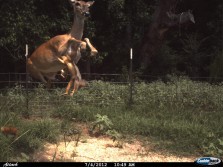 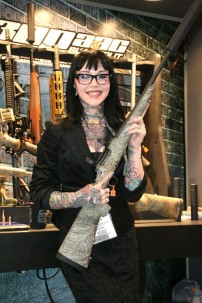