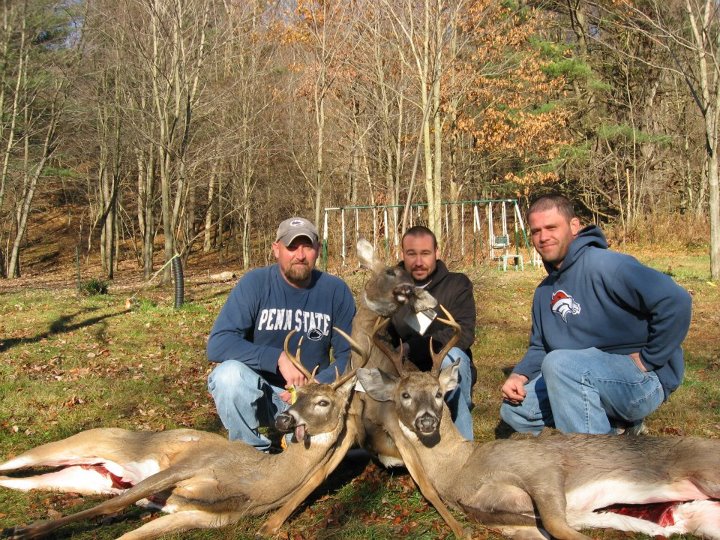 Good week at camp 2 bucks a doe and a couple of misses from some others. Would rather shoot a small buck with a bow than a big buck with a rifle any day. Had this guy come in to some estrus bleats and the swet smell of Special Golden Estrus drag and a hanging Standing doe from Death Row Scents. Stood at 7 yards and a double lung and 40 yards later he was down. Went back in the next day and a buddy of mine killed the other one here and seen several more bucks. When it is hot it is hot. Should have waited but we were at the end of the season. No regrets and great Bologna!!! 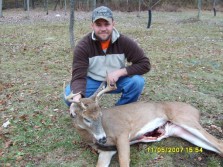 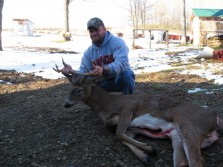 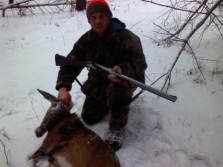