By Zack Doyle 8 years ago 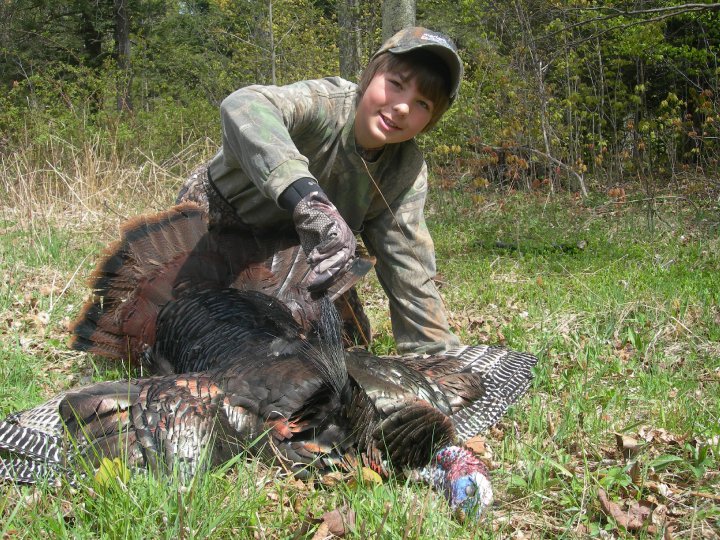 This bird was taken on 4/21/2010, and this is the accompanying story...Its pretty awesome, so take some time to read it.

I had two first time turkey hunters out this morning. A very close friend of my family, Darwin, and his 12 year old son, Sawyer. Darwin has been a long time upland bird and deer hunter, but had never hunted turkeys. This was his sons first time in the woods. After three range sessions, multiple boxes of target loads, and his successful hunters safety course, we hit the woods at 5:15 this morning at my cabin in Sullivan County.

We set up in a secluded fence row, overlooking an unoccupied green cow pasture. A large tract of forest, on a wide bench, lay directly in front of us, and stubble corn behind. The morning started out slow, with only a few gobbles from a single bird on the roost about 1000 yards away. After an hour of silence, he reappeared about 500 yards away, and gobbled his head off for 3 hours. He responded to calls, but never came closer than 150 yards, constantly working back and forth across the bench, coming closer, and then moving farther away again. Henned up. At 10:15 he quit altogether, like someone flipped a switch. We waited a half hour, and decided to move.

I was beginning to doubt our chances this late in the morning, but after a short ride down a dirt road, we glassed a large green field surrounded by thick pines at the base of a steep incline. I noticed a lone hen in the back of the clearing and decided to make the hike up and around to the bench above to try and possibly locate a tom that might be in the area.

A leg burning hike led us to the upper bench, a grassy area with next to no cover. A long thin patch of thick downward sloping trees separated us from the field below. I stopped us about five yards short of the sharp decline, and let out a series of aggresive yelps. I was immediately answered by a hen, who gave it back twice as loud and twice as raspy, not five yards over the drop. Instantly, I signaled for us to drop to the ground, no cover in sight (and certainly no time to waste), and prompted Sawyer to raise the gun and prepare for a shot. She yelped again, and I cut her off, cutting and yelping back. She charged up over the ledge to check us out, but she remained calm and never seemed alerted.

About a minute went by, and as she moved slowly to our left, now at less than ten paces, I heard the unmistakeable sound of a mature gobbler drumming directly to our left. Just then, I noticed a tail fan pop up over the rise, followed by a vibrant red head, and a long thick beard. I whispered for Sawyer to peer out of the corner of his eye, and find the bird, now standing at nearly five steps. "Swing and shoot him!", I prompted as the strutting tom turned right to focus on his hen. Sawyer swung and fired. Miss.

The gobbler took flight, heading up through the leafless trees to our left. "Shoot again!", I yelled, and he fired a second shot, dropping the bird stone cold in mid flight. The three of us let out a huge cheer, and all hugged and high-fived our way to claim the trophy. When we finally reached him, Sawyer wrestled him from the thicket.

We took a moment to admire his awesome prize, and Darwin and I shared a few teary eyes of a father and a mentor that couldn't be more proud. This morning turned out to be one of the most exciting hunts I have ever taken a part of, and no doubt one of the most humbling experiences of my young life. There is no feeling like guiding a young man to his first success, and having his father along to share the experience. Another stepping stone on his path to manhood has been crossed, and he is now obviously hooked for life. More importantly, this father and son now share in a passion they can enjoy together for many years to come.

The entire hunt was caught on some rather interesting video, in which you can neither see the gobbler, nor anything after the first shot was fired, as his father dropped the camera in excitement. All you can see is grass, and hear the second shot, and the cries of joy. Sawyers first turkey weighed in at 23 lbs and had a 10 inch beard, with 1 1/8 spurs. A trophy of a lifetime, and a memory that will never be forgotten by any of us.

Great story! I know that proud feeling. The first time I took a youth turkey hunting with me, he shot an awesome gobbler. I never had anyone teach me, so I'm not great on the calls. We spotted gobbler strutting with about 5 hens in the middle of a wide open 50 acre field. We slowly army crawled through the field and stopped each time a turkey was facing our way. You know how these hunting situations go. This one felt like 10 minutes but it could of taken us an hour. I never thought we could of made it up close enough without being spotted but finally we got close enough and he dropped him in strut. I jumped up, the hens flew off and and my young hunter's jaw was literally on the ground. I swear it took him about a minute to realize he did it. I still regard it as my best turkey hunt. Both of us could not of been happier. Now I need to learn how to call...

Great story and definite two thumbs up for the youth hunters. My son's first hunting season will be this fall and I think I'm just as excited as he is.
Login to comment 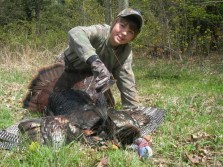 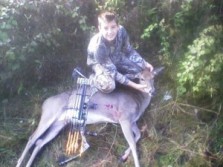 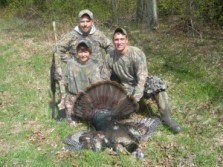 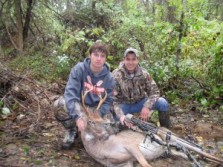