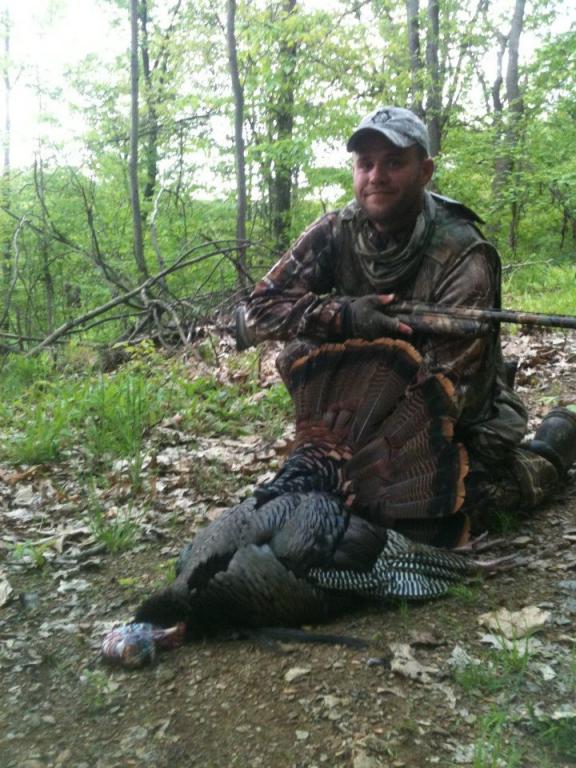 Went up this year with one goal in mind to get my brother his first bird. Things looked bad the first few days hot weather and no gobbling to be heard at all. We saw a few hens but no gobblers. Then the third day we were there the morning was uneventful and with PA having the sunrise to sunset hunts starting part way through the season it was perfect. We were back at camp as the refreshing thunderstorm rolled through and dumped a lot of rain. After which I was standing outside and heard a gobbler sounding off. I grabbed my brother and headed out 30 mins later we found the bird and called him in and smoked him. I was ecstatic to be there and call in his first bird. That would have been enough for me but the lord blessed me when a second bird was heard and I was able to circle around him and get between him and the fields. He came up over the hill headed to the fields before roosting one wrong turn and a 51 yard shot later he was down. My brother came out to pick me up after dropping his bird and noticed that the turkey had 3 beards. Taxidermy bill is getting expensive I might have to start a tab. Pretty cool the last 3 birds were a single, double then a triple beard. Holding out for 4 beards next year:) Just Kidding. 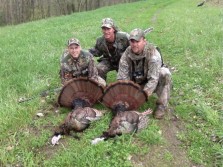 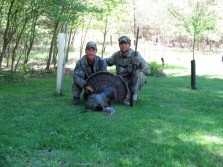 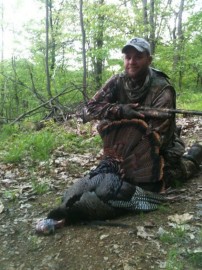 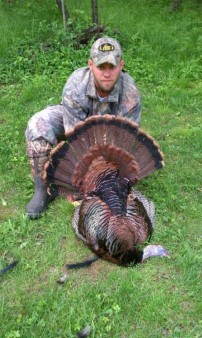