By Eric Rogers 10 years ago

What's your worst experience when scouting? 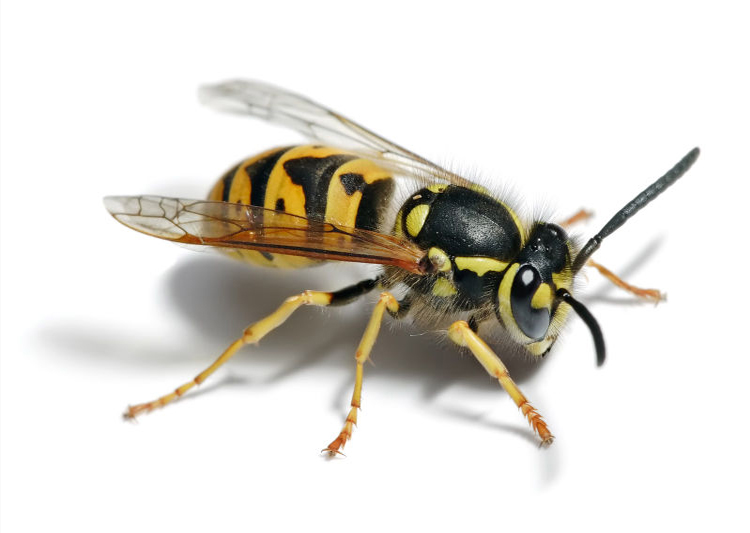 2
Tweet
Ooh, it was Friday July 13. Just so you know, I don't believe in bad luck. You make your own luck, but sometimes bad things just happen. My son and I were doing some early season scouting for deer. He is convinced that the thicker the brush, the bigger the buck. The timber had been cut on this track a couple of years ago, and it's pretty overgrown with shrubs and briars. He was using a sling blade to cut through the brush and carrying a can of fuel. I had a gas-powered brush-cutter. As we were working our way down a creek I looked and saw him thrashing around swatting at something. I shut off the motor just in time to hear him yell "yellow jackets, run!" Now we are in the middle of some of the thickest brush I've ever been in. He runs towards me covered in yellow jackets. I grew up around here and have dealt with these bugs a few times. The only thing you can do is run. When you're a couple of hundred yards away they will go back to their nest, but only after they've made your life miserable. We had no where to run and the yellow jackets had burrowed into our clothes. So we swatted them away from our face and worked our way back to my truck as quickly as possible. I thought we were lucky that I had only been stung four times and he only had seven bites. Almost immediately he says that he thinks he's having a bad reaction to the bites. "Don't worry," I told him. You'll be fine in a couple of hours;"just take some Benedryl." Thirty minutes later he's beet red and completely cover in welts and is complaining that his throat is starting to close up and his eyes are swelling. Years ago we lost a family friend who died after an allergic reaction to a bee sting. So we hop back in the truck and start the 12 mile trip to the emergency room. I've got my "registered nurse" wife on the phone whose medical advise is to "drive faster." Not sure if they teach that in nursing school. For some reason all of the "35 mile-per-hour drivers" in the county are out for a leisurely drive. I guess no one around here ever uses emergency flashers, blows the horn or yells get out of the road because it was business as usual on the Claxton Dairy road. I did the NASCAR experience a couple of months ago so I used my experience to slingshot the Buick as we rounded the curve by the First Independent Methodist Church. Finally we made it to the emergency room. In a couple of minutes a doctor and a couple of nurses were working on him. Two hours later he was breathing ok, the swelling was starting to go down, and the doctor was lecturing him about what could happen the next time he gets stung.

A few lessons learned. I will always hate yellow jackets, I will always admire people who work in emergency rooms and I always will stay home on Friday the 13th.

Wow, scary experience for sure! I'm not a big fan of wasps at the least, and give them a wide berth whenever we happen to cross paths! As for EMS, they are awesome people with more patience than anyone else, and hearts to match!

I haven't started scouting yet, but while heading out to go shoot a 3D range a couple weeks back the blower for the AC went out in our F-250, got that replaced (in 112 degree heat!) and then realized it was out of fuel. No problem, we'll take a Tahoe, hop on the freeway, and a new tire blows! Oh geez! So my dad (who had double knee replacement last year, and myself (knee reconstructed last December) are on the ground trying to get the thing replaced. Finally get to the range, and I am having a hell of a time shooting my bow for some reason. Look like a total novice out there having a hard time grouping at thirty! I look down and I have a bee on my left leg. Thanks to the surgery, I have very little feeling from just above the knee to about my ankle. I shoo it away, and then walk a good fifteen feet or so to set my bow on the table, then I feel it! The little jerk followed me and stung me! I jerked, yelled some choice words about its lifestyle and its mother, and knocked my bow to the ground. Even more enraged I set out looking for the bee for the sole reason of killing it before it got a chance to die! I didn't find it, and also found out that I still do not have an allergy to bees (thankfully!) sure didn't feel too good when the sweat would run over the sting either! LOL

I cook at lower temperatures than 112. That sounds like a rough day. I don't know if I can count the times I've had a truck, boat or atv breakdown and put me in a situation where I need to sit and wait or get to walking.

I'm sorry to say I would enjoy watch you battle it out with the bee. I on the other hand would have to run in the other direction. Highly allergic and it's a bad issue to have if you love the outdoors.

i was climbing up a tree stadnd ladder looking into the rungs as i went up and atthe secend to last rung a wasp came out and got me on the chest and i did the firmans slide down the ladder.

probally when i steped in bear scatt.

Where do you park your ATV / UTV when you're hunting? Just curious to see what the HuntDrop community thinks on this topic. Check out this brief guide by the team over at www.gearup2go.com and let me ...
1220 views
0 comments
0
How big do bobcats get!???
Just saw big cat out by Centennial Watershed State Park - Redding/Newtown CT line. How big do these bad boys get? This one was brownish spotted and about 4-5 feet long, stood about 2.5 feet. Photo signs ...
2624 views
1 comments
0
Has anyone seen any rut activity yet
I've been out every day for the past week in eastern ky. I've not seen much activity.
1833 views
0 comments
0
First Time Moose Hunt
So I was lucky this year and was drawn for a Vermont moose tag. This is going to be my first time hunting a moose. I live in a very rural area, and the tag is assigned to my area. I have permission to ...
2176 views
0 comments
1
Any one have any hunting land for lease in the western North Carolina?
im looking for a trac of land to lease out next year and looking for about 50-100 acres to lease. i have started hunting this year and im looking in the areas of ashe, caldwell, watagua, avery, taylorsville, ...
2334 views
0 comments
0
Does anybody recommend a broad head
I have been looking for a new broad head this year and i have basically narrowed it down to rage or thunderheads but I'm willing to change any thoughts?
2186 views
1 comments
0
Have you ever tried huntertrips.com hunting agregator ...

I think it may be very convenient. You can easily compare prices in different countries and find your dream hunting. Your opinion is highly needed!
2302 views
0 comments
1
bow hunting
i started shooting archery about a yr ago i need to know what a good maximum distance is. right now i only shot 40-45 yards is this a good distance to hunt or should i stretch it out a lil more.
2246 views
2 comments
0
shed hunting in Massachusetts/New England
this is my first year shed hunting and have not found any yet if any one has some tips or if they have found any in the New England area please let me know thanks B-RY
3038 views
2 comments
0
Do you want to be more involved in conservation and stewardship?
It is proven that hunters, fishermen and outdoorsmen and women in general are the greatest conservationists. If you want to be more involved or get some good ideas for your home state, check out the Tennessee ...
2370 views
0 comments
0
Transporting Moose
Friend and myself are going to Newfounland next fall. We are driving and trying to figure out how much room we will need if we both get a moose. Does anyone have insight on a good way to get them home? ...
2397 views
0 comments
0
does anybody have any extra land around North Florida?
i have been hunting the same 20 acres of land for the past 6 to 7 years in past it has been a fairly good place to hunt and provided many great meals for the dinner table. but in that short amount of ...
2452 views
8 comments
1
Fetch more conversations
Back To Top